The Best Sci-Fi Series You’re Not Watching. But I Am 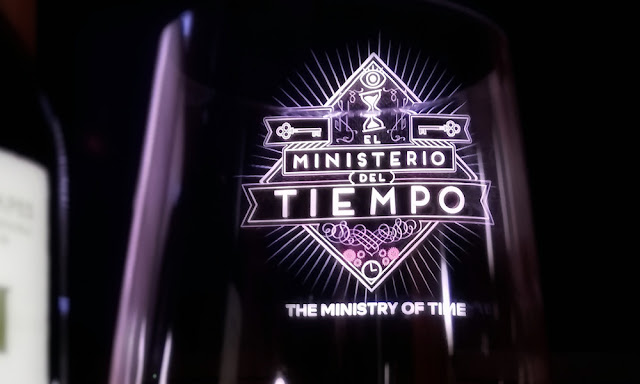 History is under threat. Someone is attempting to alter the past. In response, a secret government organization is working to protect the sanctity of time. This group is the Ministry of Time.

Agents of the ministry, are able to travel to different times and places via a deep well of stairs located in Madrid, Spain. From these stairs, innumerable doorways branch off to different periods of the past. Agents are recruited from other time periods, they work diligently to protect the history of Spain. And we get to go along for the thrilling ride.


Among my self-improvement efforts, there are many, one is to enhance my comprehension and speaking abilities of the Spanish language. With a neglected minor in Spanish, I’m embarrassed to have forgotten so much vocabulary and grammar. A related area of personal improvement, the goal of visiting wine country in Spain to enhance my knowledge of Spanish wines, culture and to experience the sense of place.

The ability to speak Castillano (Spanish spoken in Spain) would make a trip to Spanish wine country even better.

For me, hearing native speakers speak their language improves my language comfort and  comprehension. Have to train that ear. Naturally, I began looking for Spanish movies to watch at home. My research on streaming content in Castillano, led me to Netflix. Happily, I found a good selection of movies and TV series from Spain. Thank you Netflix.

One of the gems I’ve discovered is a Spanish science fiction TV series filmed in Madrid, “The Ministry of Time/El Ministerio del Tiempo” produced by Onza Partners and Cliffhanger for Televisión Española (RTVE) and streaming in the US on Netflix. All three seasons are available at this posting.

Recently, I was contacted by the series fan club in Spain, and I was encouraged to write about the show. What?

This month, I've been active with #winestudio, an interactive beverage education and brand marketing program organized via social media. Each month they select a different theme and build an online conversation around that topic, creating focused content and media that both participant and brands can apply.

FYI: I've been active on #winestudio for several years. My knowledge of wines outside of Washington state, has been enhanced tremendously because of this program. Quality wines and discussions and many folks I now include as friends. Learn more at: winestudiotina.weebly.com


The November #winestudio discussion has been on the wines of Bodegas LAN from Rioja, Spain. Oh my gosh..such lovely wines. You'll start seeing my posts on Bodegas LAN soon.

Part of participating with #winestudio is sharing tasting notes, creating food pairings, (I also created my first 3D VR 180 videos for this #winestudio) and sharing images and comments about these wines to Instagram and twitter. Of course, I could not help but mention the TV series a few times while discussing Spain. Surprise, someone at the Ministerio fan club (Tiempos de relatos) noticed my positive mentions of the show.

Subsequently, I was asked to review the series - my pleasure. They also shared with me that season four is filming, and will be released next year in Spain. Woohoo! I’m hopeful we’ll get access to season four too.

Whether or not you speak Spanish, I think you’ll enjoy the series premise and stories. The actors are passionate and believable. I’m hooked.

Another perk, learning about the history and historical characters of Spain.

It was a lot of fun for me to hear “Cervantes” speak old Spanish on an episode focused on his famous book, “Don Quixote.” Some of the subplots explore the temptation to alter ones own timeline. And there’s the difference in gender roles, and belief systems of agents from the past, having to work with officials from the present and the resultant conflicts.

All in Castillano. Fun. And Highly Recommended.

And now, back to evaluating some Spanish wines from Rioja.