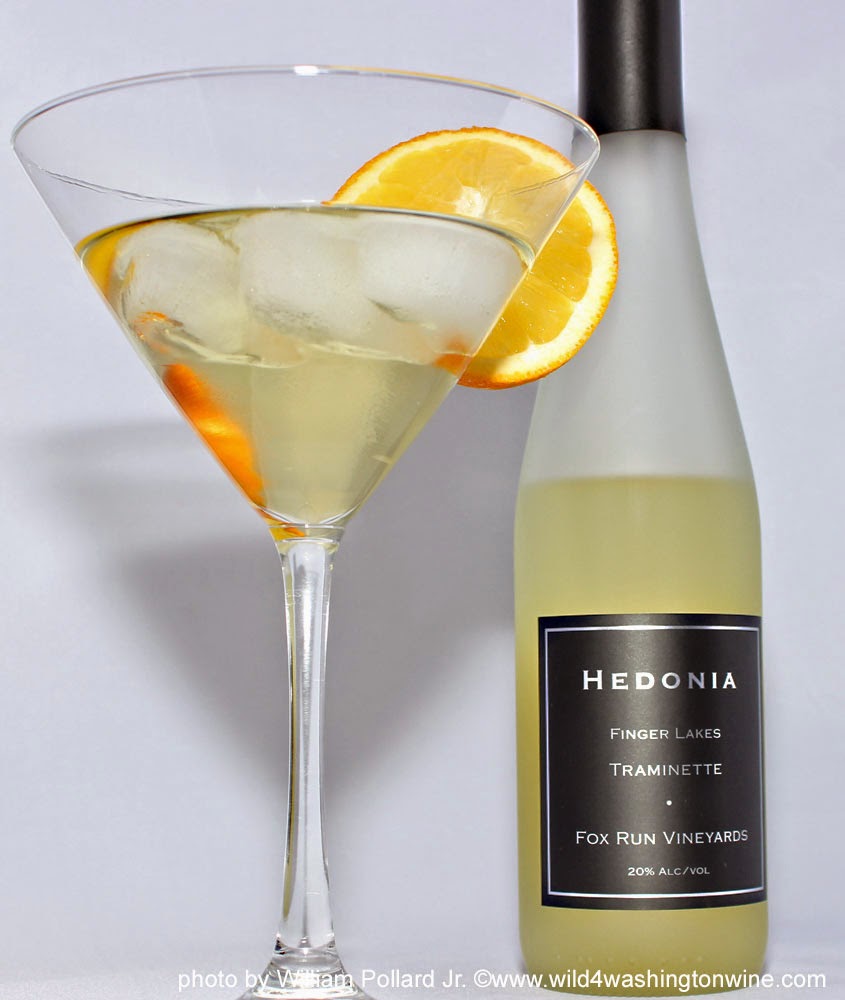 Serve on the rocks with an orange slice. Marvelous.

I  was advised by Fox Run Vineyards to serve the Hedonia over ice, in a rocks glass, with a slice of orange. A wine cocktail if you will. Loved it. My first exposure to this fortified Traminette based Hedonia made by Fox Run Vineyards was during a Finger Lakes wine tasting last year, "Finger Lakes Sparkling, Dessert and Ice Wines", I was impressed.

You may not have noticed my comments about the Hedonia last year, at least I've worried that you missed out, so this year I wanted to showcase the Hedonia by itself. For me, this is a favorite cocktail. In my top five and presently my cocktail of choice.

Note: Traminette is a cross of the French American hybrid Joannes Seyve 23.416 and the German Vitis vinifera cultivar Gewürztraminer made by Herb C. Barrett ca. 1965 at the University of Illinois, Urbana/Champaign. Traminette was found to have excellent wine quality, combined with good productivity, partial resistance to several fungal diseases, and cold hardiness superior to its acclaimed parent, Gewürztraminer, while retaining a similar character. 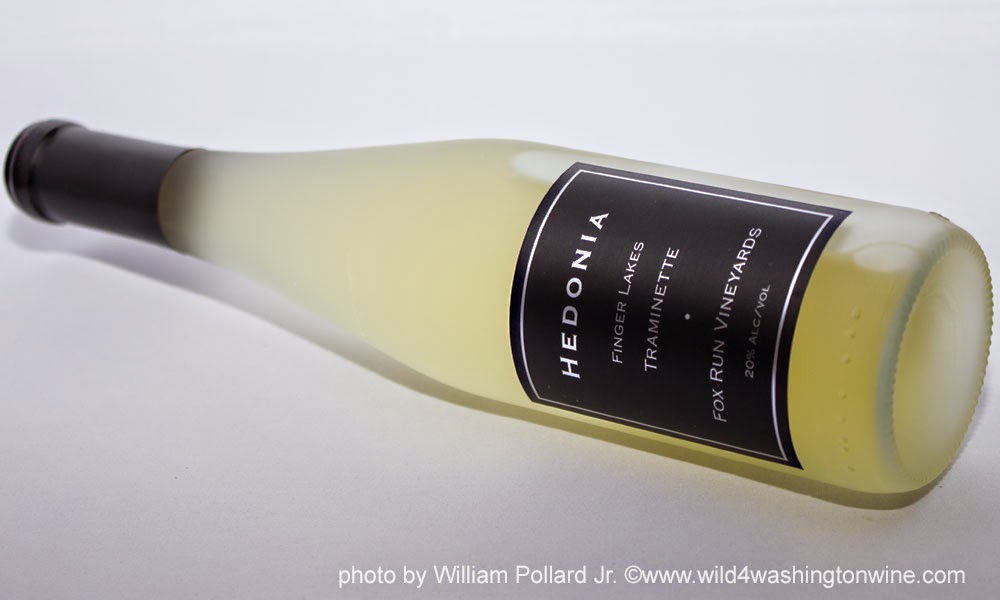 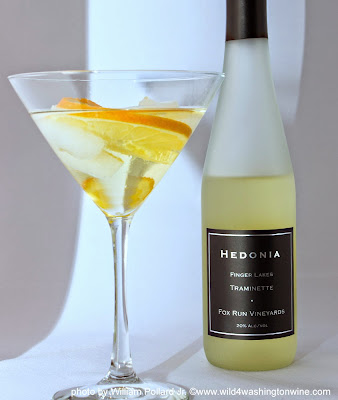 As a Cocktail Tasting Notes

Served on the rocks with a slice of orange.

Silky, orange, mandarin, vanilla chill. Not too sweet, backed with balanced acidity, just enough orange to please. Reminds me of a Vodka Kamikaze. Goes down smooth and tasty. The ice really opens up this fortified wine. If you like orange, this will set you up. Delicious cocktail for entertaining and unwinding. Not a kiddie drink. A personal favorite. Hits all my buttons.
Highly Recommended.

Situated high on Torrey Ridge overlooking one of the deepest parts of Seneca Lake is Fox Run - with fifty-five acres of vineyards. Their first grapes were planted in 1984 and the Civil War era dairy barn was converted to a modern wine-making facility in 1993. In 1996, farther up the slope a new facility was completed with state-of-the-art capabilities and a view of Seneca Lake.

Working closely with winemaker Peter Bell and vineyard manager John Kaiser, owner Scott Osborn has introduced a program of minimal intervention winemaking and revitalized the vines by converting to a new trellis system which has had excellent results in Germany, France and Australia.

Add the Fox Run Vineyards Hedonia Port to your list of must tries. You can thank me later.