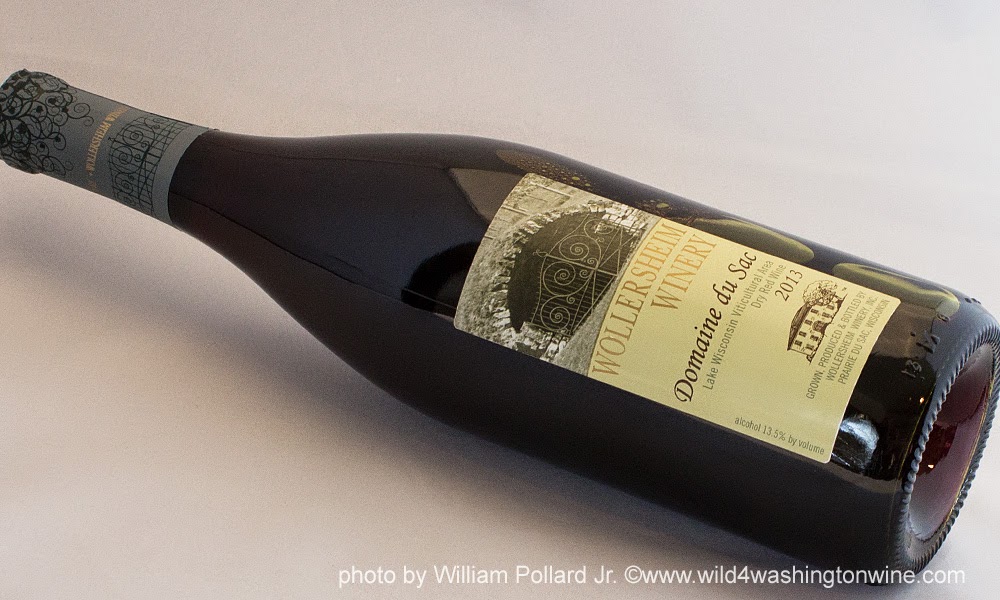 Wine can be a life-long pursuit; the consumption of, study of, and the making of wine. In my opinion, it is a great motivator for travel. This year I have been fortunate to continue to expand my wine knowledge and to experience new to me wines each month. I'm not traveling far from home this year, I am wine tasting at home and last week I experienced my first wine from Wisconsin.

Wollersheim Winery sits on a hillside overlooking the Wisconsin River across from Prairie du Sac. The location was sited to be a winery in the 1840's. Wine and brandy were made on the property from American grape varieties until 1899 when it became a more conventional farm. The land was not to be used again for growing grapes and wine making until 1972 when Robert and JoAnn Wollersheim purchased the property.

In 1984 Beaujolais winemaker Philippe Coquard joined the winery. He eventually married the Wollersheims daughter Julie. Today Julie and Philippe run Wollersheim Winery. The winery has continued to grow and expand production. They purchased another winery, Cedar Creek Winery, adding to their brand. Today, annual production has risen from 15,000 gallons in 1987 to 220,000 gallons (84,000 cases) in 2012. When you visit Wisconsin and northern Illinois, you will find Wollersheim and Cedar Creek wines in stores and restaurants.

*Note: Wollersheim began making Brandy in 2010 made from Lacrosse and St. Pepin grapes!

Wollersheim has 27 acres of estate vineyards. They are part of the Lake Wisconsin Viticultural Area. Because of the climate, they grow four winter-hardy hybrid varietals:
Located in the south-central part of the state, Lake Wisconsin and the Wisconsin River form part of the appellation’s boundaries, both moderate winter temperatures. Vineyards are at an elevation of 800-900 feet, with south and southwest-facing slopes enjoying good water and air drainage. Delayed frost and a growing season of 140-160 days is two to three week longer than adjacent areas. Average annual precipitation is lower than most of the state. Deep, well-drained, gravelly and sandy loam glacial till soils also distinguish this AVA. Source, Appellation America.

The wine I received was made from 90% Maréchal Foch and 10% Leon Millot.

Day Two: Lovely fruit, interesting intensity on the gums, still showing savory black cherry. Some coffee notes on the nose and the finish.

Thoughts: Surprised by this wine. It was a good and an enjoyable medium bodied summer red wine. Drink now and over the next 3 years. Big thank you to Wollersheim Winery. Recommended. 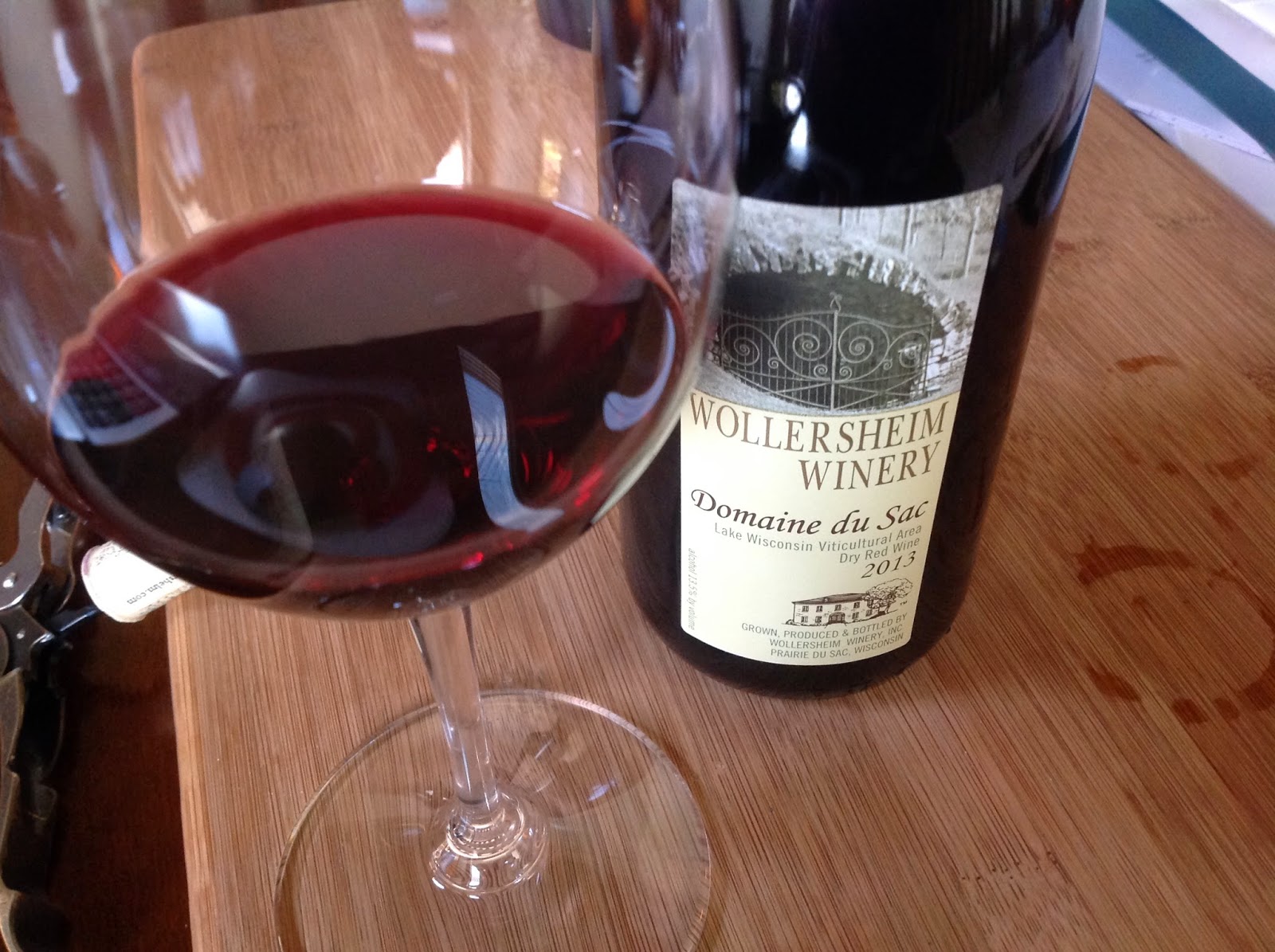 Wisconsin Wine Resources:
Maréchal Foch (pronounced "mar-esh-shall-fosh"): A French-American hybrid developed by Eugene Kuhlmann is reportedly the result of a North American riparia-rupestris and a vinifera (Goldriesling) pairing.  However, some believe the North American parent is really Oberlin Noir, a Gamay-riparia cross once commercially cultivated in Burgundy. Source, Appelation America.

Leon Millot (sometimes called "Leon Millot Rouge"): The offspring of a North American Riparia-rupestris and Vinifera (Goldriesling) parents. Earlier in the 20th century, Leon Millot became a relatively important hybrid in northern French regions such as Alsace, where its ability to deepen the pale color of varieties like Pinot Noir was seen as a virtue. Today, its use has all but been legislated out of existence in French vineyards, following the introduction of AOC regulations in the 1930s. Source, Appelation America.